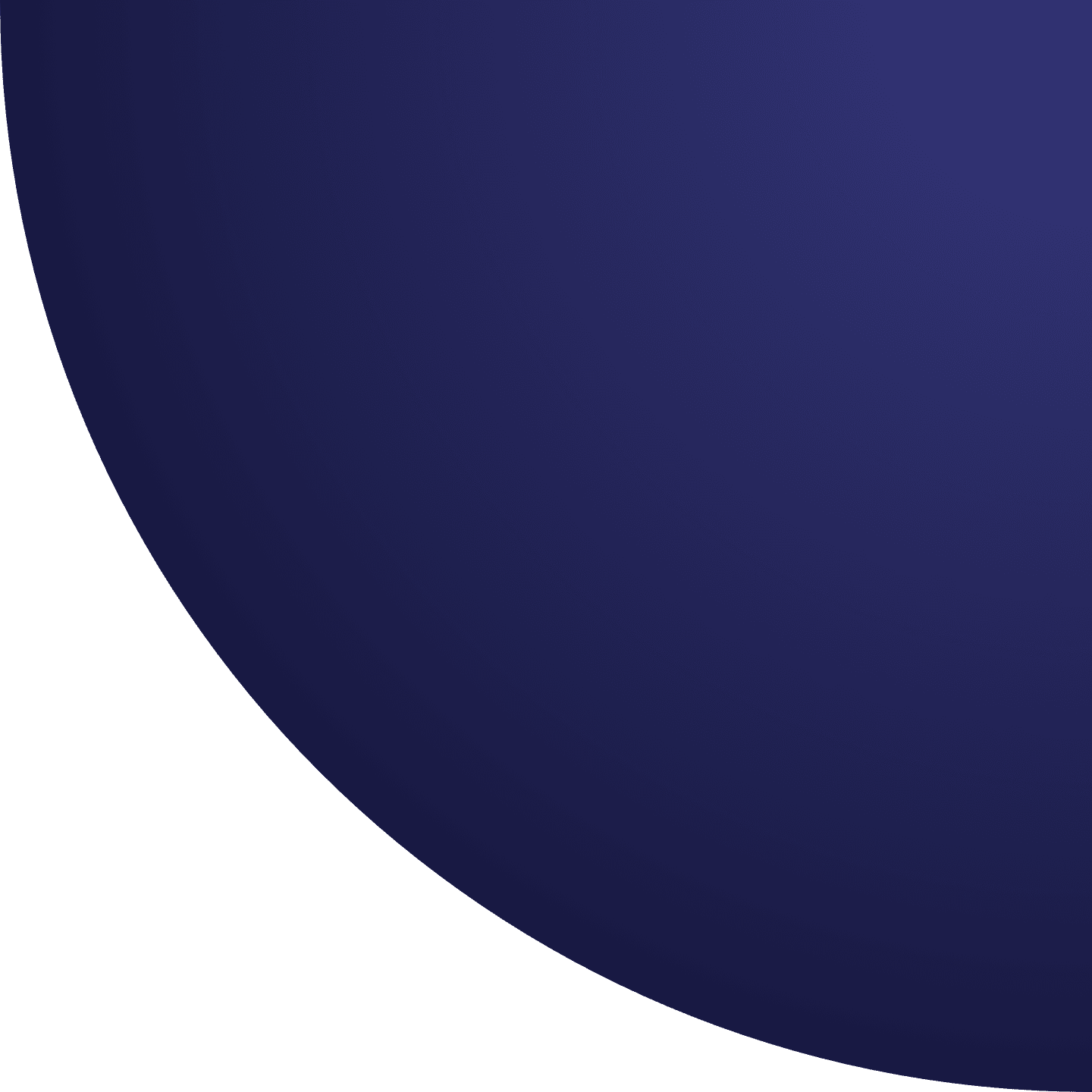 ONCE IN A LIFETIME OPPORTUNITY

For all of the apes, degens, and web3 natives who have experienced rug pulls, bad investments, and crazy crypto stuff, the Squid Squad OG Games offers you a chance to start over and make it big. 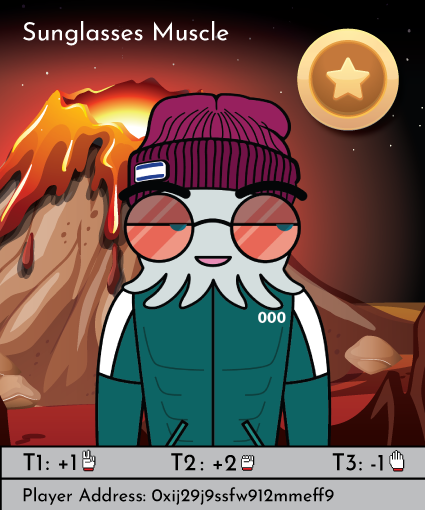 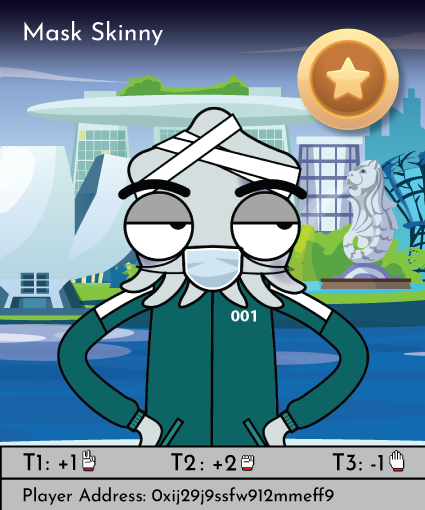 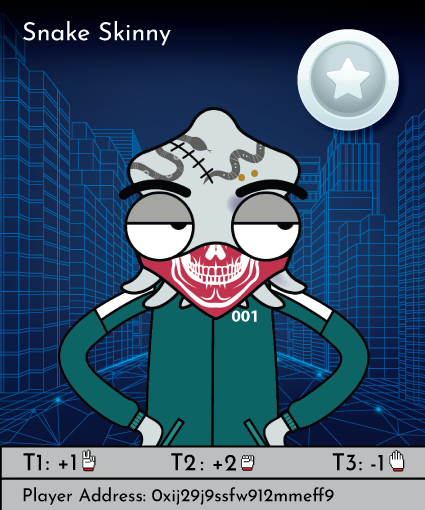 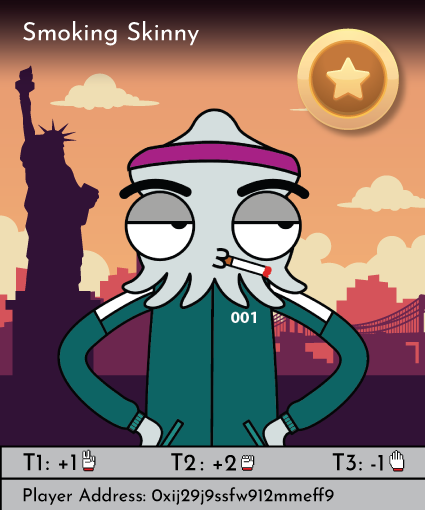 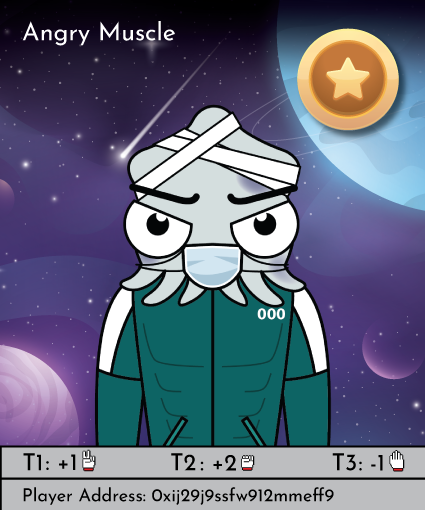 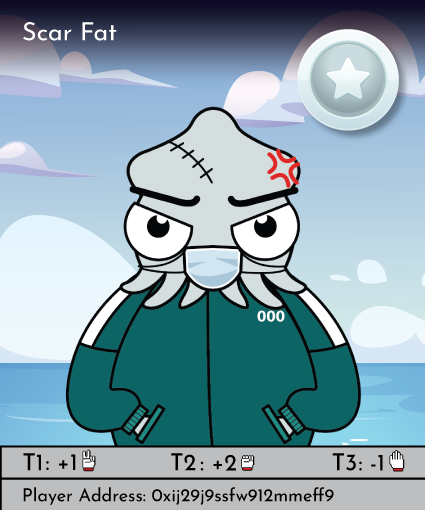 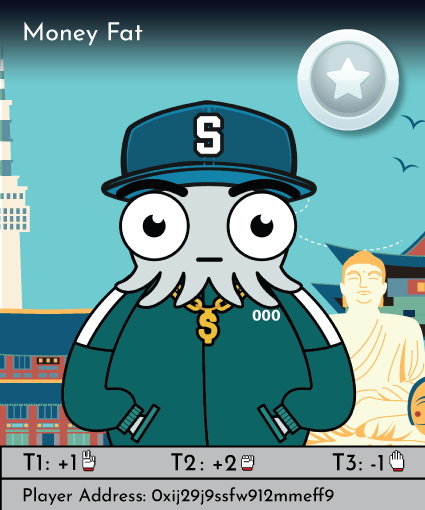 Check out our special NFT collection! We will be matching each NFT sold and

the total amount will be donated to charity organizations for Ukraine.

GET AN NFT ON MAGIC EDEN

There are 3,192 Squid OGs swimming in the metaverse. Squid OGs exist for one thing and one thing only: to give NFT minters one last chance to hit jackpot. In a world of rugs, cash grabs, and copy- pasted JPEGs, the Squid Squad OG Games offers thousands of cash-strapped squids to accept a strange invitation from the Front Squad to compete in a child’s games — with deadly high stakes.

Participation in the games is simple: you have to hold a Squid Squad OG NFT in order to be eligible for game play. Compete against other Squid Squad OG holders in a high stakes, high reward game of Rock, Paper, Scissors.

Here are the rules for a once in a lifetime opportunity.

1
To be eligible for a Squid Squad OG, one must either participate in a lottery to become one of the lucky few selected to receive an airdrop of the SSOG NFT or buy an NFT through the classic auction. Depending on how you acquire your player, you will be part of the Airdrop Squads or Auction Squads.
2
The total lottery proceeds will be placed into a prize pool. For Auction Squads, a portion of proceeds will be included in the prize pool.
3
Squid Squad OGs will face one another in a game of Rock, Paper, Scissors using the built-in smart contract system. Both players will have the chance to make their selection in the game.
4
Every two matches, the games will be put to a vote on whether to continue the games or to discontinue. Does one player take all or do you choose mercy?

Do you want to join the games?

What is Squid Squad OG?

Squid Squad OG is a collection of hardened players (the “Squids”) that have been through the wringer in life. Hardened by fire, they represent the contestants in the games, where you have a chance to try your hand at a life-changing moment. Or will the games take you too?

How many NFTs are there?

There have been a total of 82,080 unique NFTs that have been hand-created. However, only 3,192 will be initially minted, representing 7 batches of 456.

How can I participate in the games?

You must be of the lucky few that have been selected from the lottery to receive an airdrop of the NFT, or you must have won an SSOG NFT through auction. If you are the lucky recipient of the NFT, all future instructions about the games will be posted on the website and shared through social media channels.

What are the Squid Squad OG Games?

Select few have been invited to try their hand at changing their fortune. With a player in hand, you’ve received a bizarre invitation to the timeless game of Rock, Paper, Scissors. Each match will be more intense than the last - with more riding on it every single time. Each game will represent one step closer to life or death, and a winner takes all prize and ownership of the rarest of all Squid Squad OG NFTs.

How are the award amounts decided?

Is it a winner-take-all situation?

This is entirely up to the participants. Future games may also be created, but the remaining batch participants will be subject to The Vote to proceed with the game or to discontinue the SSOG games every two matches. If more than 50% of the remaining participants vote to stop the game, all remaining NFTs will be released from any future gameplay, and 50% of the prize pool will be distributed according to the Airdrop Formula.

Where can I ask more questions?

The Front Squad can be found at https://discord.gg/NVmqGwXtKT, where any questions may be addressed. Your fellow players may also be there, so beware!

SHEAK PEEK OF THE SQUAD